Yesterday, I girded my loins and updated the operating system on my Mac Book Pro.

My Mac is a late 2008 model; when I bought it in May 2009 I hadn’t been informed of that fact, nor of the fact that a new model would be released that summer. It came with Leopard (OSX 10.5) installed, but I updated this to Snow Leopard (OSX 10.6) fairly soon afterwards as I was, at the time, surrounded by folks who could support me should things go awry. It was a smooth process and until yesterday I ran with Snow Leopard successfully and without issues. Also see: http://www.computerworld.com/article/2476004/mac-os-x/why-mac-users-still-use-os-x-snow-leopard.html

Over the last five years I’d avoided the transition to Lion, then to Mountain Lion and then to Mavericks, fearing:
A) my own competence in undertaking the task and
B) – more importantly – that my Mac was too old to take a bigger, fatter OS. Both fears have been (apparently) unfounded and I am now proudly running Yosemite* (OSX 10.10). Also see: http://en.wikipedia.org/wiki/History_of_OS_X

My brother in law had been using Mavericks on his reconditioned MacBook Air and told me that it was quicker and didn’t drain the battery as much than whatever his machine had when he took it over. Then, last weekend I noticed that he had upgraded again to Yosemite. At the time, I was getting messages from Gmail telling me that my version of Safari was out-of-date and no longer supported, all of which was making me think that my machine was ‘getting on a bit’. So – as I had to stay in the house yesterday – I set too!

First of all (Yorkshiremen note …) the upgrade is free – costs not a jot. The download is about 5.5gig – so it takes some time. I think mine took about an hour to download. But I was working on the machine at the same time so I’m not really sure. Then the time came to INSTALL. I drew my breath and clicked ok.

The installation took quite a while. Once again, I didn’t check the time too closely but I went out for lunch and when I got back it was done all bar the fiddly bits – which are what really took the time. 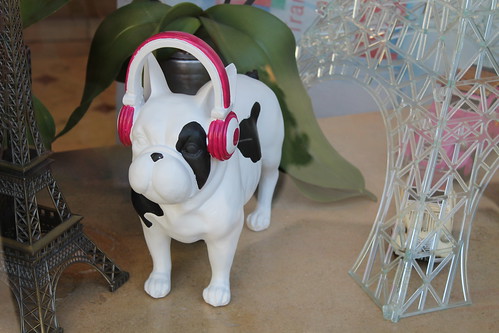 First of all Safari wanted some TLC. I think because I don’t use Safari as my main browser (I use Firefox and Chrome too)  it was sulking a bit and I had to work out what it was it wanted, before telling it how much I loved it but – no I didn’t want it as my main browser. It took all my bookmarks from Firefox without really asking if I wanted to do that and I had clicked ‘ok’ before I really knew what it was up to. As a result of that I still have a lot of work to do with Safari to make it feel like mine again.

Firefox then threw a sulk and I eventually had to update that too. Which is a good thing. I now feel more in control of my main browser. It settled into Yosemite easily and without changing too much of my interface. I’ve yet to tackle Chrome.

Anything else that needed updating then shouted at me and were easily dealt with, except a couple of Apple things, (3) iLife (products) and iPhoto. The iLife stuff: Keynote, Numbers and Pages are still shouting at me to be updated but when I try they say they are not registered to me (which is untrue – I paid good money for iLife 2009!) – so that’s an ongoing saga. iPhoto on the other hand is simply too old for Yosemite, so i had to go to the App Store and download a new version. Because I have almost 11,000 photos on iPhoto the process of new-version taking over old-version DID take a while, almost two hours. However, when it came out the other side, it did look cleaner, faster and more adjustable.

There are still lots of Yosemite tricks and facilities I have to explore, but I’m happy to have got this far. It promises ‘stuff’ that I can only imagine as I have not yet got a iOS8 phone but I’ll play with the iPad later and see how that goes.

A message fro all this?  Don’t be afraid. Just do it 🙂