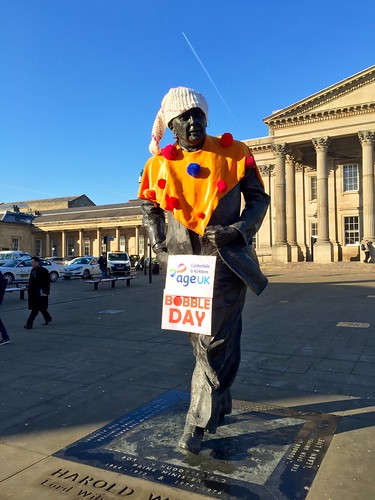 For the last two or three years I have been involved in the mainstream (Further -FE) education sector as a part-time Hospitality Assessor.

I left the college that employed me last week and I have no desire to return to the sector as it continues to eat itself up from the inside.

I know that I must sound like an old curmudgeon, but I have spent a good part of my working life in FE, and loved every minute of it – until recently, when the learners/students/apprentices (call them what you like) started to be seen as monetary outcomes, rather than souls to be nurtured, taught and encouraged.

This was just one of the reasons I had for handing in my notice, there were many more, but all were based around the fact that middle managers are squeezed so tight that they really have no time to manage their team, their time or their learners’ academic outcomes.

For the last four months my charges, all level 2 food preparation apprentices, were seen as outcomes to be achieved by half term, when their funded time is up. Their practical (and often pastoral) needs were ignored: well, not ignored exactly, but no one cared whether they were being taught the skills they needed – just that they came into college and that that TICK was put on the register.

With that sort of attitude, unchecked by a management more interested in securing and receiving funding I had to leave.

So, goodbye FE, thanks for all the fish.

I have found this post quite difficult to compose. The subject matter is completely alien to me and I had to think long and hard about whether or not I should write it. I am doing so in the hope that it’s personally cathartic, as I don’t really expect any of the circumstances to change any time soon.

For the first time in over thirty years I find myself without work.

The last time this happened was in 1982 when, following several hard years of self employment a previous recession forced me to close the business I was then running. At that time we sold our delightful semi-detached home and moved into a fish and chip shop. This was good accommodation, but living ‘over’ the shop isn’t all it’s cracked up to be. A fish and chip business wasn’t the most lucrative to have at that time either as all of the local businesses and mills were also closing – but we were able to keep a roof over our heads and to feed the kids.

It was following this experience that I moved into Education, starting as a part-time chef-lecturer at Dewsbury College.

I became self-employed once again; seventeen years later in 2005, when my ‘e-Learning Manager’ post at Dewsbury was made redundant. Since then, until the middle of 2011 it was ‘rock and roll’ – I was as busy as anyone else in this business and, I like to think, just as equally respected. Since the summer of 2011, things have slackened off remarkably. Without work given to me by the redoubtable Lilian Soon (at Leeds College of Music) and by LSIS (directly and via various routes), I would have struggled much earlier. I have had other work – not to mention that provided by TechDis (for whom I do still have some residual bits of work) and one of the RSCs, but now that LSIS are no more and the JISC are also tightening their belts, there is nothing on the horizon at all.

I know that I’m not the only one as I’ve seen several status updates on Facebook and on Twitter from respected, often eminent e-Learning gurus – saying the same thing: where is the work?

It would seem to me that at this time; when colleges are being forced to re-think the way they operate due to massively reduced funding streams, that the creative, thoughtful and effective use of e-Learning would be most necessary – but there’s no evidence of that.

I spent a full week in a college last month delivering ‘basic Moodle training’ (17 x 90-minute sessions) to as many of the staff (teaching and non-teaching) as could make those sessions – almost the entire staff body. And, that’s a good thing – but there is no cross-college, management inspired plan to back up the basics with anything more advanced. Yet, with just a little more guidance, some input on ‘other tools’ and a modicum of ‘this-is-how-to-make-online-work’ – next year’s intake mightn’t be faced with meaningless lists of files – or the scroll of video death*.

Yet another college will soon move into a new build. As far as I’m aware, there will be no (or much reduced) physical file storage there and everyone will ‘hot-desk’. But I’m not aware of any training being delivered to help staff to cope with the necessity of storing online or of the benefits and challenges that this will bring.

After talking with other ‘e’ friends, some of whom are in a similar situation to me, I feel that much of the ‘e’ progress we have seen (and been party to) over the last 10-12 years is in danger of being lost – or at the very least stalled. Which is a real shame, because learners still need to be well taught – but nowadays in less time and with less face to face guidance.

So, although I’m fairly sanguine about my personal future – I do feel for those ‘e’ colleagues who have families to support. I just need to sell my house (it’s been for sale on and off for over two years already) and any immediate pressure will be off – but the reason for it not selling is much the same as the reasons for reduced funding across Education – and I don’t want to fall out with anyone by going into THAT!

*Now that I’ve shown teachers how to ‘embed’ videos in ‘labels’ (also in ‘Book’ – but that’s a step extra) I expect there to be a repeat of the days when teachers first saw PowerPoint and immediately adopted that – for everything, for ever! Leading to the original ‘death by …’.

After today my ongoing ‘holiday’ post will be on http://dsugdenholidays.wordpress.com – You’ll still see the Flickr stream alongside – but adventures and observations will be logged on the other pages. I may record another MacBook Pro (3) blog here – so if you’re interested, please set up your RSS feed (top left of page)

So, it’s the end of another academic year. My reflections?

Well, I’ve continued to meet people (teachers, tutors, trainers, lecturers, managers, support assistants, librarians – call themselves what they will) who are ready and willing to take up the technology challenge and to embrace the ‘e’ in e-Learning. Sometimes it’s just terminology that puts people off or frightens them – if only we had an agreed lexicon to work with.Even now, so many people believe that the ‘e‘ stands for ‘online‘ and that ‘online’ means ‘at distance‘ and that they don’t do that (and consequently close down the receptors).

But things are changing. I’ve detected a real willingness this year, to make this work. I know that my work exposes me to a wide range of practitioners and that even so, my opinion might be biased, but I think that one of the biggest drivers in the take-up (of whatever we want to call it) has been MoLeNET. Perhaps it’s because I’ve been closer to a wider range of practitioners with this project but I suspect that the excitement and breadth of uptake has been because the tools, techniques and technologies employed have been seen to directly address learner needs, expectations and preferences.

I’ve also continued to work alongside the most wonderfully talented bunch of individuals I’ve ever had the privilege to meet. Mick Mullane called us (the MoLeNET team) ‘a bunch of mercenaries‘ the sum of whose parts were greater than the whole (or something!!) But it’s not just MoLeNET. On the NIACE e-Guides programme and the BDP eCPD PDA programme – a whole bunch of creative people have come together for the good of ‘e’. Well done and thank you for working alongside me. It’s been a pleasure.

Others fall outside these work groupings: far too many to mention (and I dare not mention in case I miss anyone accidentally) but thank you – you know who you are.

What are they doing to F.E.? It is being gradually and quietly killed off. Prove to me it isn’t! I know that learner numbers are now in decline and that cost savings need to be made but the cuts are killing creativity and spoiling the life chances of thousands of young learners. In the wider F.E. sectors (ACL, WBL etc) similar cuts are stifling adult learning opportunities. The whole of the F.E. sector (all post 16) is an essential part of the education system here in the UK, yet its role and purpose is often misunderstood. The teachers (trainers, support staff etc) are all dedicated professionals devoted to making the lives and careers of their charges more productive and enjoyable – yet, at every juncture they are faced with cuts and the expectation of extra work that affects their work-life balance.

So what does F.E. do? It saves those young learners who are failed by the school system (remember: the system failed them – they didn’t all fail the system) by addressing their learning needs/styles (in the wider sense – not the narrow learning style questionnaire sense) and applying the TLC that has been missing in their academic lives – just because at 14 they don’t look like achieving faux benchmark success.

Things will continue to get tighter as the government strives to find ways of recouping the money it has given away to our errant banking system (health and education every time) and as it gradually closes down in preparation for an election next year. LSIS have already had their budget cut – and they are one of the main funders of all things good for staff development. But I don’t have an answer so  I’ll stop there.

It’s much easier to talk about this and make sense than write about it.

I have to pack.